By Rodney Harrell, PhD February 25, 2013
On Sunday, I watched Transportation Secretary Ray LaHood on Meet the Press - He and the and other department secretaries are on the morning shows discussing sequestration. His department's example is a $1 billion cut from DOT, including $600 million from the FAA. This once unlikely scenario has become the likely policy outcome, and lessons from policy school have come back to me as this unfolds. 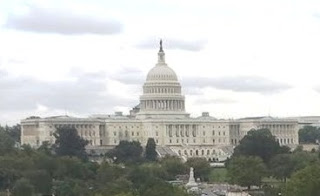 1: The "do-nothing" option is chosen most of the time because it's usually the easiest option, and

2: Once a policy has been adopted, that becomes the new standard.


Once the "supercommittee" was unable to come up with a mutually acceptable alternate plan back in 2011 (essentially choosing the "do nothing" option), sequestration became the new reality. Here's the trick: whenever a proposal to change a policy arises, the mix of winners and losers changes slightly - now that the sequester appears to be the likely outcome, politicians on both sides are measuring winning and losing from this point forward.

A third lesson may apply here - I first learned this one in high school, but not during class - it came from observing my classmates:

3. People and groups often need a deadline to force them to focus their efforts, and an abnormal percentage of tasks are done at the last minute, either right before or right after the deadline.

For students, this is the way of life. Wait until the last minute, and then do what it takes to (hopefully) get the job done.  Students also know that this strategy sometimes works perfectly and other times, it fails miserably.  Luckily for students, failing to get the group project together at deadline merely means a low grade, and there always seem to be opportunities for extra credit to make up for it.

Department and agency heads have been bracing for the coming cuts for months, so it won't be a surprise to them if this happens.  The question is whether the threat of mutually unappealing  budget cuts in 2011 was the best way to go. Brinkmanship probably began with two schoolboys on bicycles playing chicken, and that strategy contributed to winning the Cold War, but we are now seeing it used on a regular basis for our fiscal policy. Is this a good strategy?  History will judge that one (Good thing - social studies was my favorite elementary school class).

As a reminder, these are my thoughts only and do not necessarily represent the positions of any organization. The views, opinions and judgments expressed are solely my own. This essay has not been reviewed or approved by AARP, the American Planning Association or any other organization.