Reflections on A Transit-Oriented Hospital

By Rodney Harrell, PhD March 01, 2013
Note: Before reading this, go back and read "A Transit-Oriented Hospital as a Community Anchor." These are my reflections on that piece.


The public hearing on the Prince George's Hospital Center was last night. Reports are that the Prince George's Sports and Learning Complex was packed, with about 200 residents in the overflow area, and there was a great deal of vocal support for the Largo site. Earlier that day, county officials posted official maps of the four prospective sites online (the County press release with a link to maps is here). Notably, the two inside-the beltway sites (Morgan Boulevard and Landover Mall) include existing residential areas, while the two outside-the-beltway sites (Woodmore Towne Centre and Largo Town Center) do not, although the Woodmore location does include a large, active church. Now that maps are released, property owners and residents can see who might be affected. 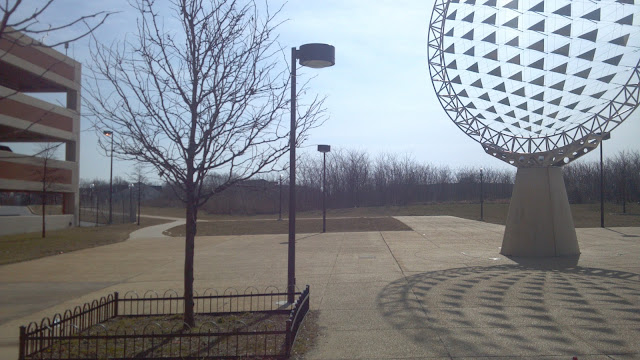 
The possible sites are quite large - the Largo site includes the Boulevard at Capital Centre development and all vacant land surrounding the Metro station. As that wider area is under consideration, a full-scale redevelopment becomes possible, and it will be interesting to see if county officials propose a truly transit-oriented site with a mix of land uses. The sites that have been included on that map are larger than I anticipated and may not reflect the actual footprint of the hospital.  These larger sites include room for expansion and all of the pieces of a modern, attractive, walkable site that connects to existing neighborhoods and creates a hub of residential, retail, commercial and other uses.

While traveling home yesterday, I read several opinion pieces, heard a few first-hand accounts of the hearing, and a read a good summary in the Washington Post this morning.  I learned a few new things about the County's concerns - NFL traffic (a particular concern at the Morgan Boulevard site - thousands walk from that closest station to FedEx Field and thousands more drive in to one of the NFL's biggest stadiums on gamedays), airspace concerns for hospital helicopters, and other issues, including transit access for patients and staff.  County officials will need to juggle these concerns with the cost of land acquisition and the concerns of neighbors and county residents who want a quality development - the concerns that I wrote about earlier in the week.

I've not yet seen any account that considers another group - visitors to the hospital and hospital area who are not there for in-patient care, many of whom would be county residents. While patients, hospital staff, and hospital-related businesses are important to consider, county officials should incorporate this group into planning. I was a regular visitor to a patient in the current Prince George's Hospital Center over the last few months. The patient was a relative, and she was getting suitable care as far as I could tell, and I had my issues with the condition of the hospital, but those concerns are not relevant today, as we discuss location.  What is relevant is that the visitor experience was not very good.

As I had to drive from downtown DC, I appreciated the easy access to the Baltimore-Washington Parkway from the current hospital, and I can see why hospital planners like highway access. The problem was that I usually take Metro to work - after my study on location choices of homeowners in the region, I bought near transit to avoid the stress of rush hour traffic.  It was frustrating that there was no easy transit access to the hospital, so on those visiting days, I had to drive downtown and back out to Cheverly to visit my relative or her doctors. If I didn't own a car, I would likely take a train to a bus to the hospital. Once you are at the Cheverly Metro station, it's a ten minute bus ride, but the F1 bus runs only every 30 or 60 minutes depending on time of day. This journey takes a toll on employees, but also patients and visitors who may not have access to a car.  I did regularly see some people making the march up the hill to the hospital at times - I assume that they found that difficult walk to be the easiest way for them to get there.

Additionally, when other relatives came to visit, we often wanted something to eat. The food in the hospital wasn't an appealing option, but we had no real options within walking distance or even a short drive, and at times, we went home to find food because it was quicker. I would have stayed and spent more time in the area if transit access was easier, and if there were restaurant options nearby, or other retail within walking distance, or any pedestrian activity that made it seem to be a place to spend some time. Instead, the hospital felt as if it was designed to be a community nuisance - it was easy to get to from the highway, but seemed too far away from everything else.

Yesterday, I spoke at an event in Ann Arbor, Michigan.  The speech was at Palmer Commons near the massive University of Michigan medical complex, and as I explored Ann Arbor, I couldn't help but think about the hospital forum back in Maryland. Ann Arbor is very different from central Prince George's - it's a college town and home to a large university - their bus system was nice, but they are not big enough to have a Metrorail system. That being said, I marveled at how walkable everything was.  From the site of the speech, one could take pedestrian walkways to the medical complex, or walk back through campus to downtown Ann Arbor. Students, doctors, visitors and others were out on the streets.  My parking lot was a 15 minute walk away from the site, but it was as pleasant as could be on 28 degree snowy Michigan winter day (By the way, Michiganders are tough people - no one seemed cold).  I passed by people on the street, and stopped by a CVS to buy a phone charger.  If I had more time, I would have stopped to get something to eat - I made a mental note to go back and visit when it's a little warmer. That day, I shared standard anecdotes in my talk about an example where women over 80 years of age who were not driving regularly used a particular pedestrian-oriented outdoor commercial/retail/entertainment district that was between their apartments and a light rail station, while younger people in other locations didn't go off the property because there was nothing nearby for them to walk to or because it was dangerous to do so.  These are communities that encourage activity - far from the quite suburban feel in Cheverly.


This made my feeling even stronger about the potential in Prince George's County, Maryland. A walkable, transit-oriented hospital as the center of a mixed-use project will be great for a rapidly growing county - I'm not sure if it will be the easiest option to build, but it will certainly be the best for all of the people who could use it.

As a reminder, these are my thoughts only and do not necessarily represent the positions of any organization. The views, opinions and judgments expressed are solely my own. This essay has not been reviewed or approved by AARP or any of the Largo community associations.