I've talked about a number of challenging issues on the DrUrbanPolicy blog: decreasing housing affordability, the need for better policies on infrastructure, gentrification and segregation, the need to plan better for our future, political corruption, the problems we face from lazy legislation and gerrymandered districts and more.  A discussion of policy change usually often means discussing problems - if there was no problem, there would be no need for policy to address it. Some may think about the challenges and be down on America - I opened the Washington Post this morning to read an article from a Canadian historian who gave his perspective that the American Revolution was a failure. 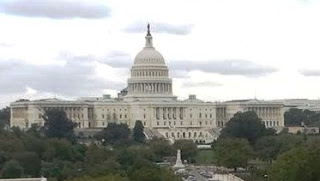 This week's overthrow of the Egyptian government and the 150th anniversary of the Battle of Gettysburg are reminders of how unstable government can be. A century and a half ago, the country was torn in two, and Egypt's military just dissolved their government. The problems that I usually write about are crucial to people's lives, but they are nothing compared to the challenges of a revolution or civil war.  For that reason, I am positive about America and our future - we still have many challenges, but hard-working people are trying to address them, and we have a stable and open government that allows change to happen.

Every June the Supreme Court (SCOTUS) hands down their decisions for the current term before recessing for the summer, and it's the biggest late June event in DC (especially since fans of the local hockey and basketball teams have lots of free time during the late rounds of the playoffs).  In less than 24 hours, the SCOTUS ruled that Section 3 of the Defense of Marriage Act was unconstitutional and that Section 4 of the Voting Rights Act were unconstitutional.  Many people (other than Justice Kennedy) found at least one of these decisions problematic.  However, no one is rioting in the streets because the rule of law is clear and established.  Instead of civil unrest, legislators and policy people are deciding what new policies and laws could be adopted now that the SCOTUS has set the guidelines -- protecting freedom, equal opportunity and achieving other national goals is rarely a simple matter.

A healthy representative democracy doesn't mean that you always agree with the results, but that you accept their legitimacy and have outlets to change them. Happy Birthday, America - after 237 years, we're still working on getting democracy right, but no one said that creating a "more perfect union" would be easy.

By Rodney Harrell, PhD June 27, 2020
I applaud the Princeton University Board of Trustees' decision yesterday to remove the name of Woodrow Wilson from the policy school and residential college that were formerly named for him. While this decision may appear sudden to some, the Board has carefully deliberated on this decision over a number  of years. For alumni like myself, the school's reputation as a place of a world-class education in public policy has long been at odds with the mixed legacy of its eponym. As the board states, "Wilson’s racist thinking and policies make him an inappropriate namesake for a school whose scholars, students, and alumni must be firmly committed to combating the scourge of racism in all its forms."

Over the years, alumni have expressed varying levels of pride, discomfort and shame over the decision to continue this honor of having one of the nation's foremost policy schools named after Wilson.  He was the president of the university, a governor of the state and Preside…
Post a Comment
Read more