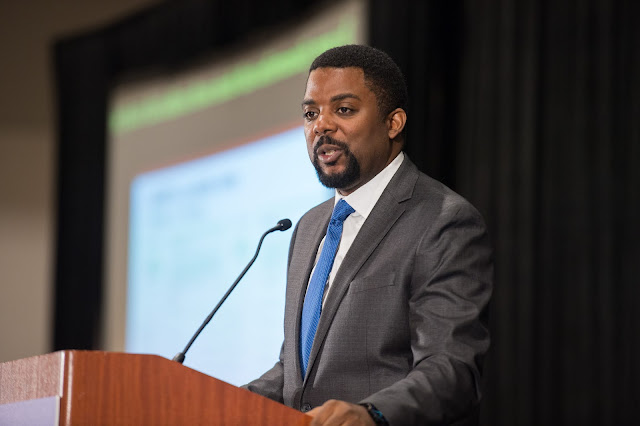 Rodney Harrell, PhD is the Vice President of Family Home and Community for AARP. In that position, he leads a group in AARP’s Public Policy Institute that creates innovative research, policy analysis and solutions on Livable Communities, Family Caregiving and Long Term Services and Supports (LTSS) issues.  He has held several other positions at AARP, including Vice President of Livable Communities and LTSS, Director of Livability Thought Leadership, Director of Livable Communities, and Senior Strategic Policy Advisor for Housing and Livable Communities. Dr. Harrell is also the lead of AARP's Future of Housing initiative, which is aimed at helping the nation meet our present and future housing challenges.  Dr. Harrell’s research on housing preferences, neighborhood choice and community livability are integral to the creation of the Livability Index.  The Index is the world's first neighborhood-based, nationwide livability index and measures the livability of every neighborhood and community in the United States.  The Index was created in 2015 and Dr. Harrell and his team lead its future development.

Dr Harrell has a strong commitment to public service, and volunteers with several organizations. He is currently a member of the Board of Visitors for the University of Maryland School of Architecture Planning and Preservation, is a member of the Champions Council of the Coalition for Smarter Growth, and is an appointed member of the Largo (MD) Town Center Development Board.  He is also an advisor on the City Health initiative of the de Beaumont Foundation and Kaiser Permanente, and several other efforts related to livable communities. He has served a member of several other key boards and committees, including the Policy Committee and TOD Working Group for Living Cities, a philanthropic collaborative of 22 foundations and financial institutions working to improve the lives of low-income people and the urban areas where they live. Dr. Harrell is also the former Vice Chair - Policy for the Planning and the Black Community Division of the American Planning Association, and served as president of a condominium association in Prince George’s County, MD.  He was named as one of the initial class of Top Influencers in Aging by Next Avenue for his innovation in aging issues.

Dr. Harrell has made numerous speeches and public appearances to discuss issues of livable communities, housing, aging, community development, and neighborhood development, and has been a featured speaker for audiences across the United States and across the world (see the list here).  He has appeared on dozens of dozens of media outlets, including the New York Times, LA Times, ABC and MSNBC (see the list here). (Lists last updated in 2012)

Dr. Harrell is an author of several publications, many of which which can be seen here. Prior to working at AARP, he worked as a research and evaluation consultant, a researcher and instructor in Urban Planning and Historic Preservation at the University of Maryland, a research fellow at the Congressional Black Caucus Foundation, and a Maryland Governor’s Fellow on revitalization, housing and preservation issues in the Maryland Department of Housing and Community Development.

Dr. Harrell was born and raised in Washington D.C. and neighboring Prince George's County, Md.  He was born with Natitude as a charter fan of the Washington Nationals, supports all D.C. sports teams, and is a “recovering track athlete” after being a collegiate triple and long jumper once upon a time.

By Rodney Harrell, PhD
I applaud the Princeton University Board of Trustees' decision yesterday to remove the name of Woodrow Wilson from the policy school and residential college that were formerly named for him. While this decision may appear sudden to some, the Board has carefully deliberated on this decision over a number  of years. For alumni like myself, the school's reputation as a place of a world-class education in public policy has long been at odds with the mixed legacy of its eponym. As the board states, "Wilson’s racist thinking and policies make him an inappropriate namesake for a school whose scholars, students, and alumni must be firmly committed to combating the scourge of racism in all its forms."

Over the years, alumni have expressed varying levels of pride, discomfort and shame over the decision to continue this honor of having one of the nation's foremost policy schools named after Wilson.  He was the president of the university, a governor of the state and Preside…
Post a Comment
Read more

By Unknown
NBC, Touchstone Television and their partners should be proud– it has been 22 years since the final episode aired, yet the influence of The Golden Girlsmeans that every year reporters ask about the boom in “Golden Girls Housing.”  This form of shared housing receives a great amount of attention, but we'll miss the big picture if we look for big numbers.
For the last few years, I have looked at data from the Current Population Survey (analyzed by the AARP Public Policy Institute) to count households that are all female (or all male) with at least one non-related housemate or roommate, no spouses, and no one under 50 in the home. This is the classic “Golden Girls” formula.
The result has become familiar: a very small portion of the population lives in a “golden” situation, around one percent.  The small numbers of people in those situations means that it’s hard to figure out whether it has become more popular.  Though the percentage appears to be holding steady, the number of golden…
5 comments
Read more

By Unknown
I haven't been posting often lately, as things have been pretty hectic.   I did receive a question the other day about  topic that I haven't spoken about here:  Accessory Dwelling Units (ADUs), and it inspired me to write a quick post.  These are sometimes known as "accessory apartments," "mother-in-law suites" or "granny flats" - they are ways to provide more housing options in existing neighborhoods by allowing homeowners to build additional units on their lots.  ADU is a catch-all term for all of these situations - either units attached to existing homes or placed somewhere else on the property, say over a garage or a stand-alone in the backyard.